Football Clubs Across The UK Urged To Join The Fight Against Litter.

FOOTBALL CLUBS ACROSS THE UK URGED TO JOIN THE FIGHT AGAINST LITTER.

The Tidy Teams initiative encourages football clubs at all levels of the game, from Premiership to Sunday league, to lead by example and commit to a six-point pledge designed to encourage long-term behavioural change from everyone including the board, the players, and the supporters.

The initiative also includes plans for the introduction of Tidy Teams league tables and an annual awards event to celebrate the successes of clubs and communities in the fight against litter.

Jason said: “The UK is facing a growing litter crisis of epidemic proportions. Our biggest challenge is changing people’s attitude towards littering. We need to make littering completely socially unacceptable.

The scale and scope of Tidy Teams has quickly grown into quite a beast, so I’m absolutely thrilled to be working with ReWorked and Kits4Causes to help deliver elements of the Tidy Teams Pledge.”

UK based recycling business Reworked are well known for their work recycling difficult to handle plastics and for being the first company in the UK to offer a recycling programme for Covid-19 related plastics including disposable face masks, gloves, visors and Lateral Flow Tests. They will be using their expertise to help deliver a national goal net recycling scheme as part of the initiative.

Izzie Glazzard, Marketing Manager at ReWorked said: “The Tidy Teams initiative is a great opportunity to influence positive change when it comes to recycling, litter & sustainability. Clubs have a chance to show their supporters how simple engaging in litter picking & other community activities can be.

ReWorked are thrilled to be supporting the scheme and hope to divert plenty of old goal nets and training cones from landfills where possible! We plan to recycle the tricky football waste into kickboards and recycling bins for the sports venues of the future.”

Kits4Causes collects unwanted football kits and equipment and distributes it to social development projects around the world. By joining the Tidy Team initiative it’s hoped they can further expand their services and deliver thousands more football shirts and other equipment to projects across the globe.

Chris Grindley, Co-founder of Kits4Causes said: “We’re delighted to be involved with the Tidy Teams initiative. Football is such a powerful tool for change that to be part of a project whose message directly impacts every one of us was something we couldn’t wait to be part of.” 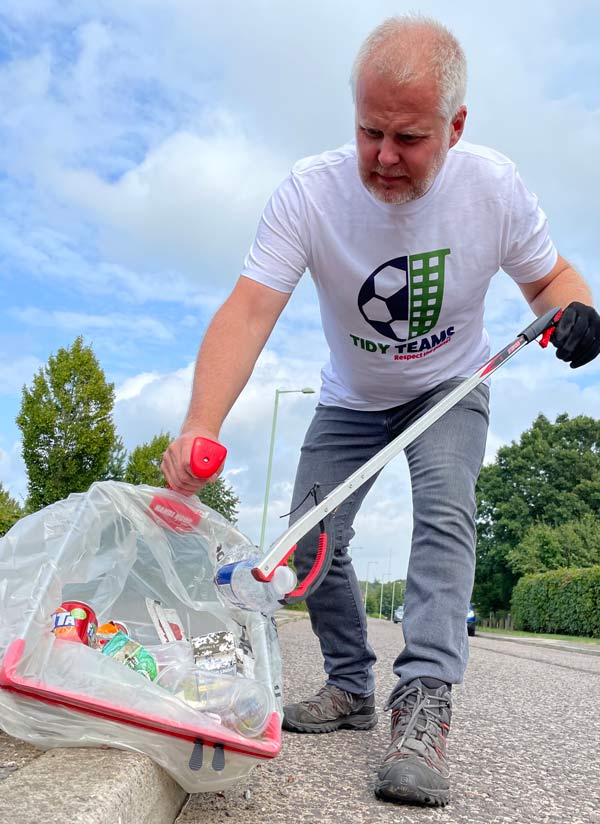